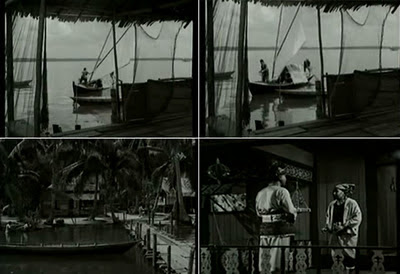 The well-known legendary Malay tale of how the kingdom of Singapore came under deadly swordfish attacks, symbolizing the disintegration of the king’s rule. Singapura Dilanggar Todak was produced in 1962 by Omar Rojik for Shaw Brothers. There will be a short talk prior to the screening.
THE FILM SCREENING SERIES features a selection of research-inspired film screenings at the NUS Museum. This series is done in collaboration with a module on Topics in Malay Narrative Art Forms. Malay films from Indonesia, Malaysia as well as Singapore from the 1950s onwards will be shown. Spanning different genres, the themes include historical narrative and political context, modernity, identity, gender, racial tolerance and violence, and religion.
Email Post
Labels: Film Screenings Programmes Programmes-2012