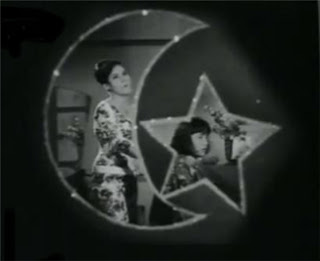 THE FILM SCREENING SERIES features a selection of research-inspired film screenings at the NUS Museum. This series is done in collaboration with a module on Topics in Malay Narrative Art Forms. Malay films from Indonesia, Malaysia as well as Singapore from the 1950s onwards will be shown. Spanning different genres, the themes include historical narrative and political context, modernity, identity, gender, racial tolerance and violence, and religion.
Sayang Si Buta (Singapore, 1965) is a grotesque rendering of a story about two sisters, one well-behaved and blind (Annie), the other more cosmopolitan and 'modern' (Asmah). The idyllic life in a poor kampung setting takes a horrible turn when Asmah dates a famous eye surgeon, who eventually cures Annie and marries her. In this movie physical blindness serves as trope for forgetting the old traditions and blindly pursuing a modern life style.The will be a short talk prior to the film screening.
Email Post
Labels: Film Screenings Programmes Programmes-2012