Note: Diary of an NUS Museum Intern is a series of blog posts written by our interns about their experiences during the course of their internships. Besides working hard and fast in their cubicles, our interns have travelled to Bandung and Malacca, organised symposiums, waded through tons of historical research and pitched in during exhibition installations. It was definitely no ordinary internship for them! If you would like to become our next intern, visit our internship page for more information!

For the first post in this series, Wilson Tio from the Department of Engineering and the University Scholars' Programme will be sharing his experiences from his trip to Cigondewah, Bandung, Indonesia, in preparation for the exhibition Cigondewah: An Art Project by Tisna Sanjaya. Wilson's internship was facilitated by his participation in the USP independent study module, UIS3931: Water, Garbage and Art. 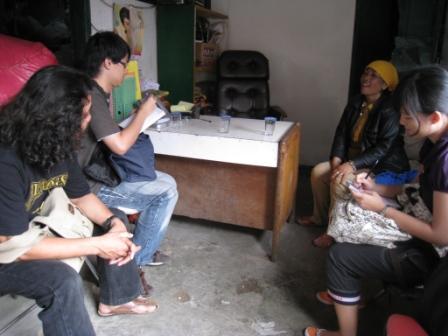 I spent exactly three nights in Cigondewah last year and I am still able to recall vividly my experience in that village. My visit to Cigondewah coincided with the festival of the village. Before going to the village, I was first introduced to Tisna Sanjaya, the environmental activist who had been fighting for environmental restoration in Cigondewah.  He appeared to be a very warm and friendly person. During our 30 minutes drive from Bandung to Cigondewah, he told us about the problems in Cigondewah and how he came out with the idea of Cigondewah Cultural Centre. At the same time, I could sense that he was very passionate about achieving his dream in making Cigondewah, the place where he spent his childhood in a better place to live. 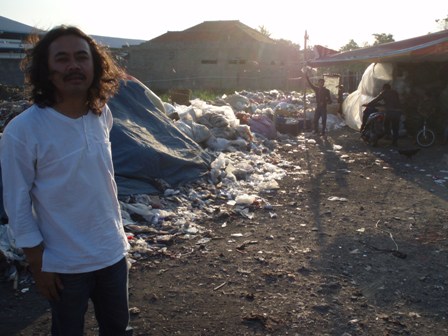 After we have reached Cigondewah, I was immediately greeted by some of the very young villagers who were preparing for the festival. A lot of children were gathering around Cigondewah Cultural Centre and their faces were beaming with excitement and enthusiasm.  A speech delivered by Mr.Tisna marked the opening of the festival and it was greeted with warm cheers. 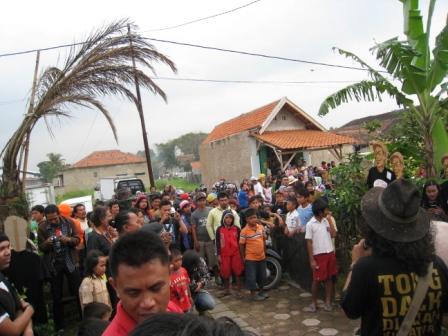 The festival itself involved various talented artists from Bandung and the Institute Technology of Bandung (ITB). Initially, I thought the performance was going to be like a musical concert, where a group of musicians would be invited to perform in the village in order to raise the awareness to protect the environment. However, to my surprise, the performance was more than just a musical concert; the artists involved expressed their talents through mini skits, traditional dances and chanting. The villagers, including the elderly and children were able to follow the performances and I believe they truly enjoyed the festival. In addition, the festival also revived the traditional dances and rituals which used to be practiced during the harvest period. The traditional music involved in the rituals was rather mystical. One of the villagers told me that, “The music combined with the chanting are kind of means used in the past to summon God of Harvest.” 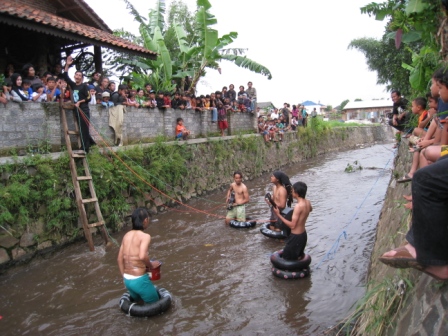 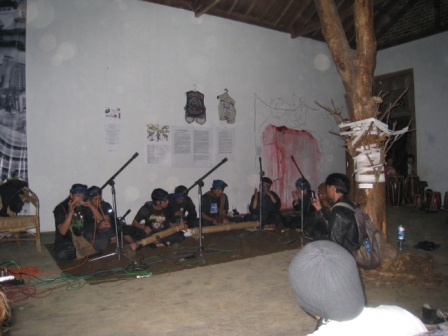 I also found the children of Cigondewah to be very high spirited. There was one moment in the festival where each of the children carried a board with some moral messages written on it. The children had to travel for around two kilometres while carrying the boards so that the rest of Cigondewah were able to view the messages. Despite the distance they had to travel, there was no moment where they idled. In fact, they were able to carry the boards with high indefatigable spirit. 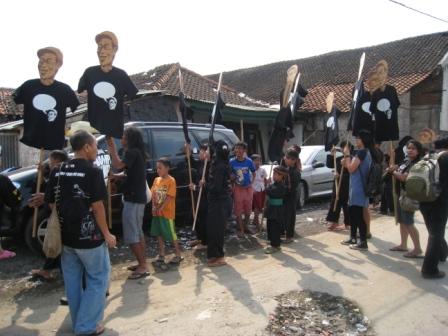 My visit to Cigondewah has definitely been an eye opener. I’d got the opportunity to meet people that I have never encountered before in my whole life. I was simply impressed by how a whole village was united to fight for a better future and it had been truly encouraging.
Email Post
Labels: Diary of an NUS Museum Intern Exhibitions Exhibitions-2011 Tisna Sanjaya