Whitney is currently a JC1 student at Temasek Junior college. She joined the NUS Museum for three weeks as part of Temasek Junior College’s Work Attachment Programme. During her time here as an intern, Whitney worked closely with the Museum Outreach by assisting in various administrative works for the museum’s programmes. In this post, she reflects on her experience with the programmes and the exhibitions of the museum.


In my short 4 weeks interning at NUS Museum, I’ve learnt new skills, gained new knowledge and had a lot of fun. Event planning was one of the main aspects of this internship and I now know the tremendous amount of time and work that goes into planning and executing just one event. I merely helped out with one event: the Musem Education Symposium (MUSES) workshop but that alone already involved a lot of preparation of materials, slides and even prepping the event space. One of the biggest takeaways from this internship is my new sense of appreciation for the arts and culture, especially in Singapore.

My favourite exhibition of the museum was Radio Malaya: Abridged Conversations about Art. Radio Malaya is like a debate on the culture and heritage of Singapore. Is Singapore a cultural desert? Do we have a rich sense of history and culture hidden within our roots? All the pieces in this exhibit allowed for one to connect them in context of the exhibit’s theme: Singapore’s culture and heritage. The way the exhibit flowed and how each piece’s story was connected to another was really impressive and intriguing. These are some of the more interesting pieces I saw and my take on them: 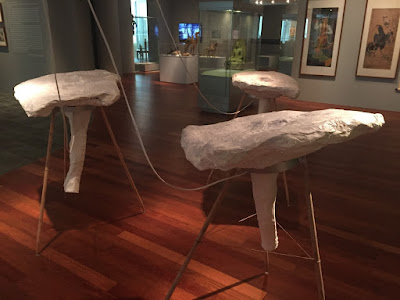 The first piece I saw at the start of the exhibition was “Cultural Sinkholes” by Salleh Japar. The paper mache that’s used here are actually road maps of Singapore, each sinkhole covered by road maps of Chinatown, Kampong Glam and Little India respectively, representing the old spatial distribution of racial groups. In the past, space was segregated according to race mostly for ease of governance. However, could that have created a kind of cultural separation that still exists today? 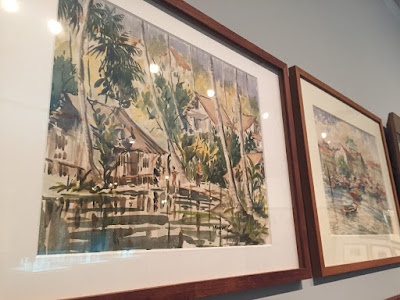 Several paintings featured the use of traditional Chinese brush strokes and art techniques to paint Malayan settings. Seeing how such techniques were being used to paint not-your-typical-bird-chineseflower-lotus sceneries, we can see the interaction that occurred between people, between communities; a fusion of East meets West. 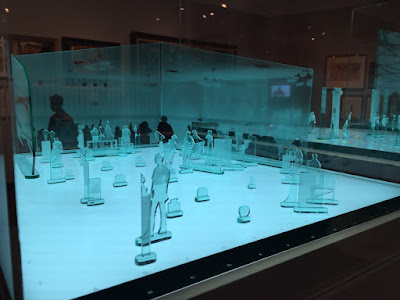 Sites of Manoeuvre by Michael Lee. A 3D reconstruction of lost sites in Singapore such as the old National Library (picture), the Chinese Chamber of Commerce and the old British Council. These pieces not only strike a sense of nostalgia into us, but also serve to remind us of the memories and history we have abandoned over the years of development. 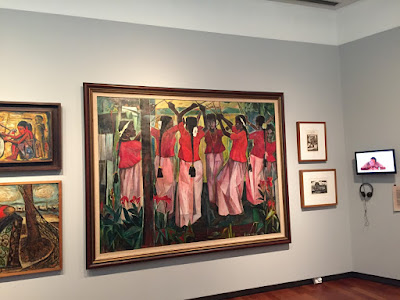 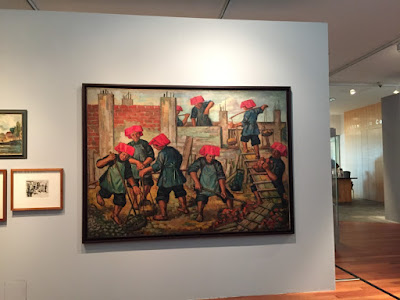 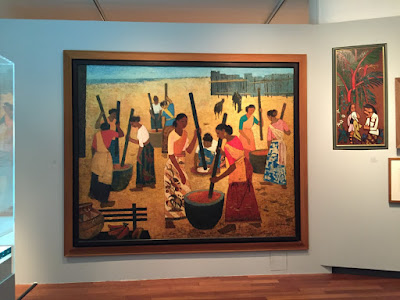 These 3 paintings seem to have a common theme: groups of women doing stuff/labour. I think it showcases the contributions of women in the past and display the important roles that women play in building the Singapore we know today. However, the paintings also seem to highlight the idea of cultural separation, where spatial segregation of races spill into the workplace and the social environment.

An exercrpt from the poem <This Island Is Too Much>

Some many other things besides these
Better just to leave it at that
Some poets say too much
What is it about love?

I love this poem; I think it showcases Singaporean’s culture of complaining way too well.

On the 17th of January, we were asked to assist and be a part of Amanda Heng’s “Let’s Chat” performance at the Radio Malaya opening where people got together and plucked “tao gei”s while drinking tea and chit chatting. We used around 4kg of tao geis for the performance and even met Amanda Heng herself during the opening and assisted her by cleaning the teacups and constantly replenishing the tao geis. Although unfortunately I was unable to be there for the actual Radio Malaya opening in the evening, helping out with Amanda’s performance art piece in the day was very fun. Plucking tao geis and sipping on tea while conversing with other people is an unexpectedly great way to socialise and meet new people. 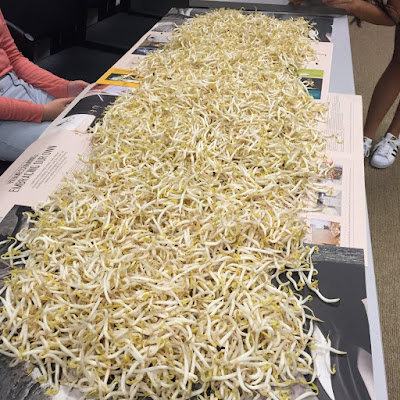 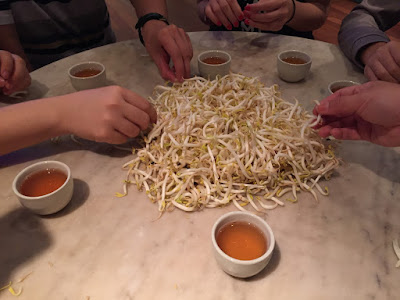