Harith Redzuan is a second-year Southeast Asian Studies student at the NUS Faculty of Arts and Social Sciences. As our  Programming and Exhibition Management Intern, Harith assisted his supervisor, Siddharta Perez, in exhibitions and curatorial projects.

I Love Prep-rooms and I want to be a Prep-room. 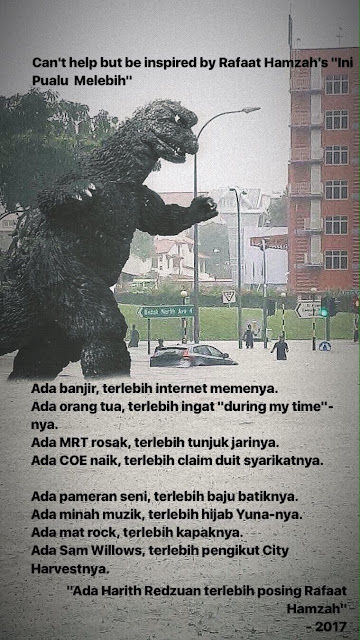 I cannot help but be distracted by Rafaat Hamzah’s reading of his poem “Pulau Melebih” located at the end of the exhibition, Radio Malaya. I recalled in late December as well, Fyerool Darma played an ambient soundscape to cuddle, or maybe even choke by the neck, his audience? Or his prep room. Fyerool and I were so proud to introduce that sound. It also managed to complement, maybe even juxtapose Hamzah’s voice reading his poem. Just like Hamzah’s rant of how excessive Singapore is, its citizens, its politics (or maybe just one political party) I can imagine his voice in that same ambient soundscape that Fyerool played the other day. Fyerool mentions that it is a secret what the sound was, but he did whisper a clue to my ear about it. He said, “I think only you know what it is, I think you can understand.” Things that may or may not happen. Things that may or may not be told. A prep-room, and I want to be a prep-room. 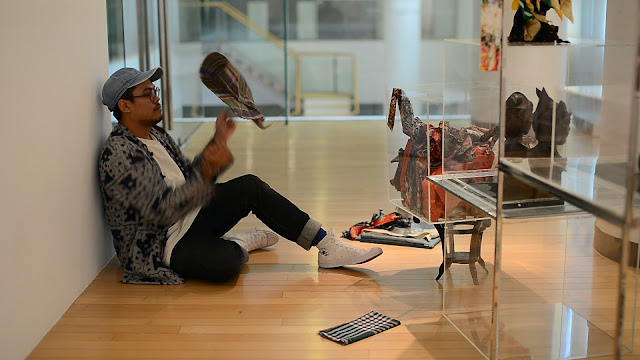 Fyerool tosses and turns his fabrics like picking perfect flowers out of a pile of… many types of flowers. Except that he does not always pick perfect ones, but he picks the flowers only to perfect them. Soon. “Soon I hope.” “This is a painting!” Fyerool exclaimed to me as I asked him what do the fabrics, (and sarongs, and maybe bandanas) mean? 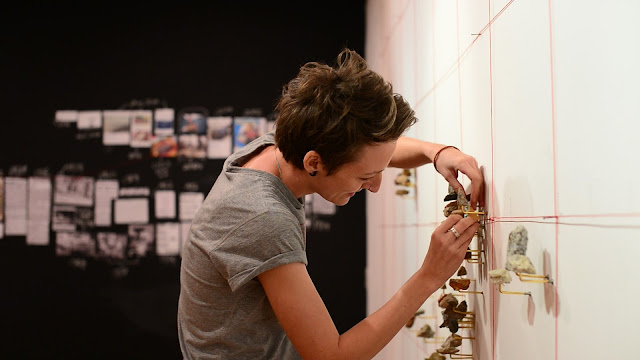 Perhaps Kate Pocklington would describe her rocks as paintings too, but she was rather clear in describing it as “Singapore in the eyes of a crocodile.” Let us take a sneak peek into the Buaya Prep-room. Here everything is… in perfect line. In the Buaya Prep room you would need to be disciplined, cautious and careful, only to be playful for a tad while when you read the zine prepared by former interns Natalie Lie and David Low, or one of Kate’s crocodile paperweights she used to mark important documents. 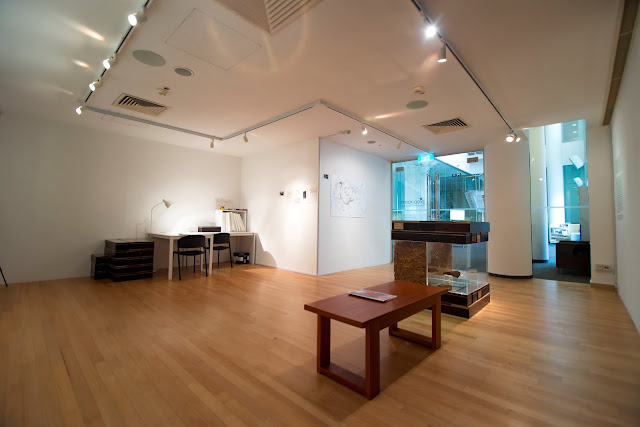 I told myself, I needed to be like Kate to film Kate. I needed to have everything laid out flat, perpendicular, 90 degrees, no lens distortions, no artsy perspectives, flat and rigid centres and off-centres and always use the RULE OF THIRDS! “The very science-y, data-type thing,” as Kate would call it in describing her two Singapore maps – one for humans and one for crocodiles, but actually... they are both for humans. Humans who need to realize that Singapore’s landscape has changed so dramatically in the 70s that crocodiles decided to convert their dollars to ringgit across the border for a few years and then come back. Fast forward today, suddenly, there are so many of them! So, it is for our dear humans that I, as an intern must introduce to them, who is Kate Pocklington? How does she work? What kind of person is she? And why is her prep-room that way?

Enter After Ballads. Fyerool and I sat on the couch at the museum lobby just outside the entrance to Kate Pocklington’s Prep-room, and we stared at Buaya through the glass door. “I can never be like her,” he said. 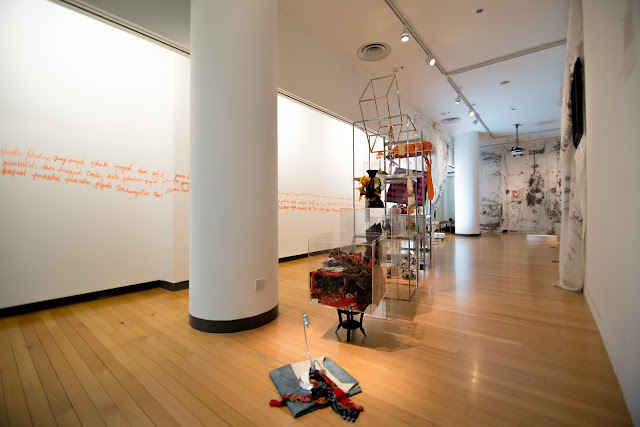 After Ballads is not like Buaya at all. When you enter the room you will want to scream to someone from the museum and ask, why is this shelf here? Who arranged it this way? You mean to say it is not a shelf! WHY IS THE HYGROMETER INVOLVED!?

Do not be angry.

Fyerool describes it as cool as how Munshi Abdullah stands in his halved portrait. 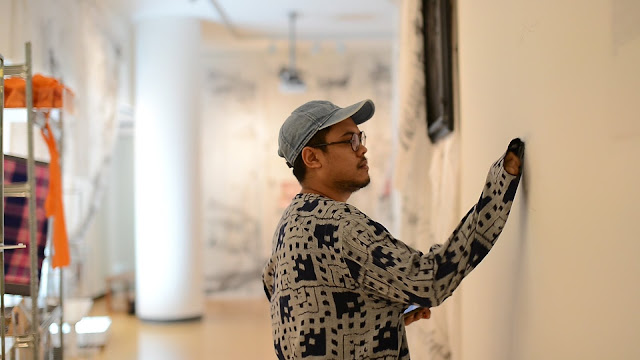 Someone would wish Fyerool to always be there to describe what is going on in his mind when he “paints,” and what is going on in his world, and ours when he describes his paintings to us. A re-imagining of a dear social critic, an admirer to Sir Stamford Raffles, an admired scholar, and a burning town in Singapore. An Allegory for the weight of our souls. After Ballads is about wreaking havoc to history, to the unnamed artefacts in the museum - soon to be given some name and repertoire, to the arts and to painting and to some group of individuals in society who claim they have yet to discover themselves. I somehow feel that that is basically everyone including me.

Maybe Fyerool and Kate have answers to a society who claim they have yet to discover themselves. They have not yet met the halved Munshi and they have not yet met the Buaya. They have not yet met their ancestors, nor have they met the animal which skin still makes Singapore’s GDP look good. Still I hear Rafaat Hamzah’s, “Ini Pulau Melebih.” The excessive island. I am also writing excessively. I am part of a country and a people that is claimed to behave and function excessively. Yet it is a country and a people who have yet to discover themselves (I mean, look at John Miksic’s collection at the first floor of the museum!) I am in it too. “I think only you know what it is, I think you can understand.” Things that may or may not happen. Things that may or may not be told. A prep-room, and I want to be a prep-room. Maybe I already am. Maybe we already are. 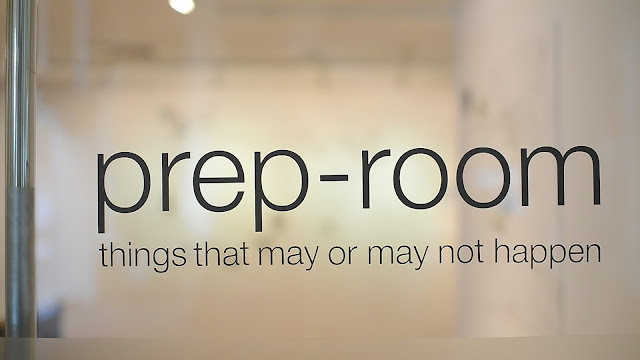